The Canadian Real Estate Association (CREA) is Canada’s national association of real estate agents, similar to the National Association of Realtors (NAR) in the United States. Among other services, CREA publishes data on MLS sales across the country and has recently published their province-by-province forecasts for home prices and sales volumes in 2019 (see charts below).

Both Ontario and British Columbia have experienced significant drops in sales volume (number of houses sold) over the past two years, mostly because of higher interest rates and tighter mortgage qualification rules. These two provinces were hit hardest because they have the highest average prices in the country. Sales in BC are expected to fall even further in 2019, while Ontario sales are expected to stabilize and even rise slightly.

The large price increase in Ontario in 2017 (+9.6%), followed by the drop in prices in 2018 (-2.6%), reflects the bubble that inflated last spring and collapsed by the end of the year. In fact, Ontario prices rose in 2018 vs 2017 in every month after the by mid summer, by which time the 2017 bubble had mostly collapsed. Ontario prices are projected to increase strongly in 2019 (by 3.3%), while BC prices should increase by just under 1%.

Overall the outlook for Ontario in 2019 is quite positive, with both prices and sales forecast to move higher. In many ways, this promises to be one of the best (i.e., healthiest) real estate market environments that we have seen in many years. 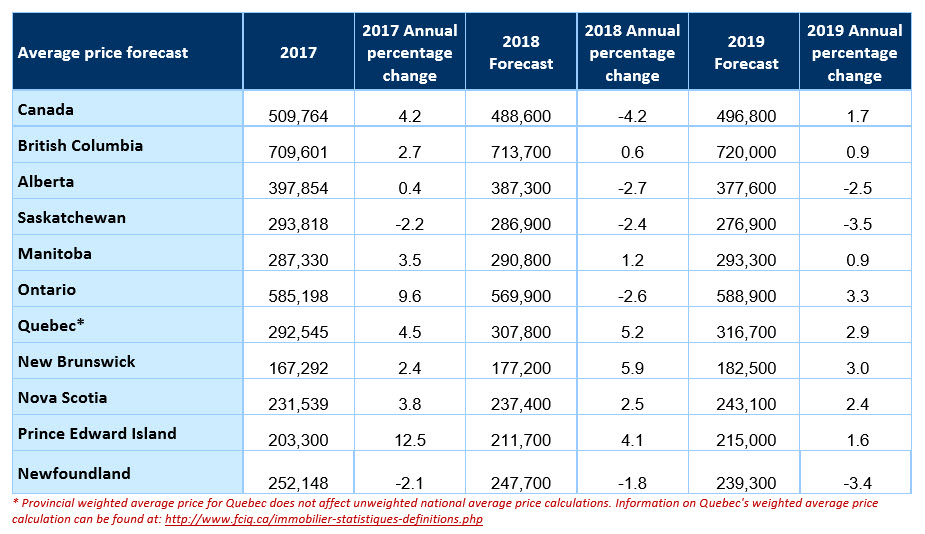 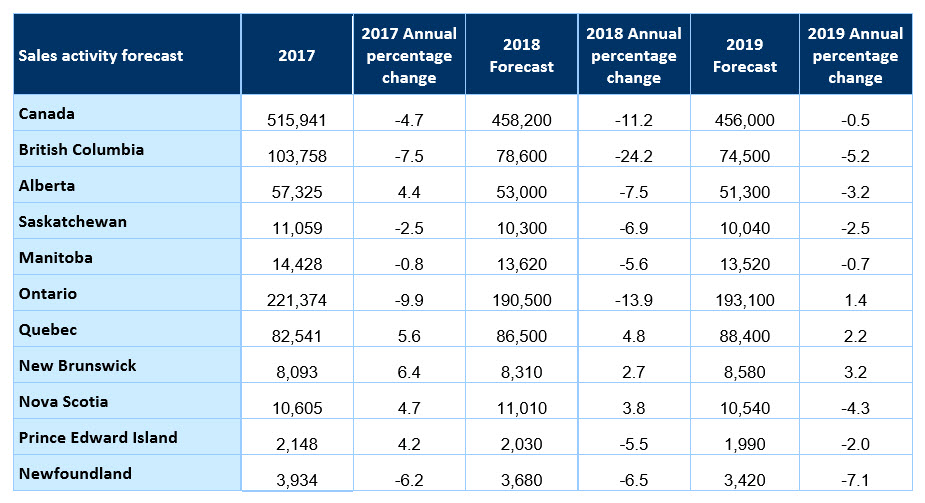